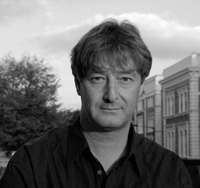 Adam Jacot de Boinod is an international travel journalist specialising in luxury hotels. He is a regular reviewer for The Hotel Guru, has written for the Hotelegraph and also has a daily column in the Daily Mail called ‘On This Day’.

Adam worked on the first series of the BBC programme QI for Stephen Fry. As a researcher, looking for anything ‘quite interesting’ beginning with the letter A, he discovered that there are 27 ways of describing both moustaches and eyebrows in Albanian.