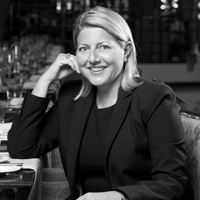 Being a part of a world wide team delivering the Kempinski brand through warmth and hospitality is something Hilary Philpott relishes. She joined the Kempinski family as PR Manager in 2011 on the hotel pre-opening team in the Middle East and since 2012 has held the role of Regional PR Director UK/Ireland & Southern Europe based back in London.

Having been in hospitality management, PR and events for 23 years, Hilary has established moments to draw on. These include numerous impeccably produced film premières, through to the annual International Woman of the Year Awards, plus an array of society events including the Henley Royal Regatta Ball and other British stalwarts. Hilary is welcomed for her genial nature, enthusiasm and in-depth knowledge of the hotel industry.