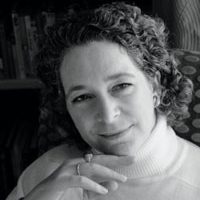 Rebecca Johnson has over 20 years experience in television news, much of it centred on marketing and distribution to top international hotels.

From 1985-1991, she was regional sales manager for CNN International, introducing the then new concept of 24 hour news to hoteliers across the Mediterranean, and launched the channel in Italy with the Cipriani as CNN’s first client. Rebecca continued to focus on hotels from 1992-1998 during her time at Super Channel , NBC and CNBC Europe, marketing and growing distribution in Europe, the Middle East and North Africa.

After five years at the Associated Press as sales manager for the AP’s broadcast technology department, she returned to the world of media and hospitality as an independent consultant, devising and implementing strategies for international TV channels on hotel distribution and liaising between client and hotel on technical issues. Widely travelled, Rebecca is at ease in a variety of business cultures, is fluent in French and Italian and holds a diploma in communicative Arabic from SOAS.